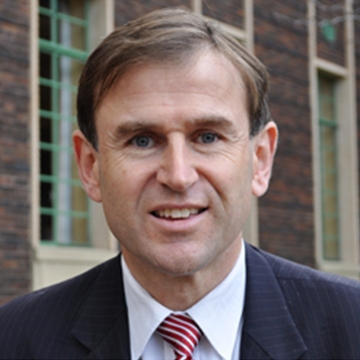 Stephen Anthony is ISA's Chief Economist. Stephen is a highly experienced macroeconomist and fiscal policy specialist with over twenty years of experience.

Prior to his current role he was the Director of Budget and Forecasting at the economic modelling firm Macroeconomics.

He has worked as a senior policy officer at both the Federal Treasury and Department of Finance in Canberra in fiscal policy and budget analysis.

Earlier in his career he worked briefly for the International Monetary Fund, the Heritage Foundation and Institute for International Economics whilst undertaking studies in Washington, D.C

Stephen is also a prominent economic forecaster.  He contributes to the Reserve Bank of Australia’s quarterly survey of market economists.  He is a four-time winner of The Age / Sydney Morning Herald BusinessDay Economic Survey for 2013, 2015, 2016 and 2018 which includes a panel of around two dozen market, academic and consultant economists.

His research interests include examining the interaction between financial markets and the macroeconomy and analysis of government budgets and spending programs.

At ISA, Stephen’s Economics Unit have been developing a pioneering flow-of-funds macroeconomic model of the Australian economy known as MATILDA. It is intended to shed light on the risks associated with balance sheets in key institutional sectors (households, banks, superannuation, general government etc) and the real Australian economy.  Details of the model will be publicly released in the first half of 2019.

Stephen’s Economics Unit have also been producing a discussion paper series on many of the topical investment opportunities open to superannuation funds. These include, unlisted property and infrastructure, agriculture, affordable housing, electricity systems and private placements. Upcoming discussion papers will explore opportunities in private equity, retirement living and aged care.

Back to our staff