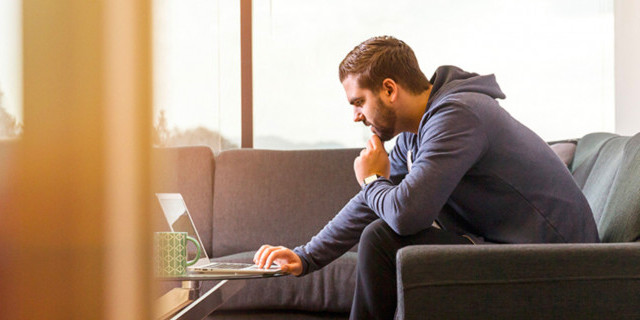 Are you missing out on super?

Almost one-third of Australian workers are missing out on some or all of their superannuation entitlements.

No matter what stage you are at in your working life, ensuring you are being paid your full superannuation entitlements could be worth literally tens of thousands of dollars.

Almost one-third of Australian workers are missing out on some or all of their superannuation entitlements, equating to about $5.6 billion in unpaid super a year, according to an industry report.

Using data from the ATO and Australian Bureau of Statistics, Industry Super Australia (ISA) and Cbus carried out research which found that 2.76 million people had been short-changed by an average of $2,025 per person in unpaid super in the 2013-14 financial year.

Under the Superannuation Guarantee, which was brought into effect in 1992, employers by law must contribute 9.5% of a worker’s wage into a superannuation fund if they are aged over 18 and earning at least $450 (gross) a month, regardless of whether they are employed full-time, part-time or casual.

The introduction of compulsory superannuation was twofold: to ensure Australians had adequate funds to see out retirement; and to reduce the financial strains placed on government to support our growing ageing population.

However, the report, titled Overdue: Time for Action on Unpaid Super, found that there is widespread evidence that not all employers are complying. It also showed that, as a result, those nearing retirement had superannuation balances that were $23,857 lower on average.

The effects of unpaid superannuation do not end there. Yes, workers who are missing out on super contributions and compounding interest returns are therefore experiencing less comfortable retirement outcomes, but ISA says the effects are also being felt at a government level. Not only are workers being robbed of their retirement savings, but it is also adding to the cost of the age pension.

“Employers who shirk their super obligations are denying workers their retirement savings and passing the cost on to taxpayers,” says Sarah Saunders, Head of Consumer Advocacy at ISA, which represents not-for-profit super funds. “They also create an uneven playing field for competing businesses.

“Our analysis shows Australian workers are finding themselves short-changed by around $23,000 in super, on average, at retirement, translating into an extra $98 million in age pension payments each year.”

Coupled with declining rates of home ownership, the result is that those missing out on super payments face a lower standard of living in retirement. Indeed, the Association of Superannuation Funds of Australia (ASFA) CEO Dr Martin Fahy says the importance of superannuation for retirements savings is “critical” and that unpaid super is having a big impact on many people.

“Money that should be going into super and helping drive economic investment and long-term improvements in individual retirement outcomes is being lost,” Dr Fahy says.

“People need that money to live better post-work and the entire Australian community benefits when the right thing is done for employees. Unpaid super means a drag on age pension expenditures by the government. That is a cost to everyone.”

While there is some debate over the exact figure of unpaid super – with the ASFA putting the amount at closer to $2.75 billion and affecting 650,000 workers – one thing is clear: large numbers of people are missing out on super payments, money which they are entitled to by law.

The ISA-Cbus report, which was released last year, also found that workers aged under 30 were the most likely to miss out on superannuation payments, with 37% of 20-24 year-olds not being paid super compared to 23% of 50-54 year-olds.

The industries most likely to be short-changing workers in super payments include construction, hospitality and cleaning industries, as well as low-income workers in general. While small and medium-sized businesses were least likely to pay their workers superannuation.

Another key point that was highlighted in the report was that currently employers have up to four months to pay super while wages are typically paid fortnightly or monthly, making it more difficult for employees (and the ATO) to track missed or under payments.

Industry experts say the growing gig economy (including Uber, Deliveroo and Airtasker) is compounding the issue of unpaid superannuation. ASFA estimates that the number of gig workers on digital platforms in Australia rose 50% from 100,000 to 150,000 in the past year, and will continue to grow.

As a result, the workforce landscape is changing and the superannuation system needs to change with it. Currently, the transient nature of the gig economy means that many of its workers are deemed “independent contractors” by employers in an effort to avoid paying superannuation.

“Gig economy platforms continue to show exponential growth so we need to ensure those involved are not losing out on super,” Dr Fahy says. “The gig economy can and should be part of the solution for funding retirement rather than a problem.

“This would provide super to people in the gig economy who essentially work like employees but without the associated benefits. Around the world there is increasing attention on getting policy settings right for gig economy workers.”

Saunders agrees: “In recent years we’ve seen a rapid shift away from full-time work to people working multiple jobs. ABS data shows the number of multiple job holders went from 650,000 in 2007 to almost two million – or around 20% of employees – in 2011-12.

“We must ensure that as the nature of work evolves, the super system remains fit for purpose. Extending superannuation to gig workers by scrapping the monthly $450 super guarantee threshold is an obvious starting point.“

Industry SuperFunds are calling on the government to improve the system and close loopholes in the law that are resulting in workers missing out on superannuation. A Senate committee has backed this up, recommending sweeping reforms to ensure all employees receive their correct super entitlements.

Some of the key recommendations include:

“The system needs to be more transparent, and employers more accountable,” Saunders says. “We have the technology to make this happen – real-time reporting with few places to hide.

“From 2019, single touch payroll will be mandatory for all businesses regardless of size, which is a big step forward from just a year ago. On the down side, labour hire and contract workers will still be excluded from single touch payroll reporting, even if they’re eligible for the super guarantee.

“It is also imperative that super payments align with fortnightly or monthly pay cycles. The current four-month payment hiatus for employers adds to the system’s opacity. Real-time payments will make much it easier for people to monitor and report whether all, if any, of their super is being paid.”

If you think you are not being paid some or all of your superannuation, the first step is to address it with your employer. However, if you are not comfortable doing that, simply contact the ATO or your super fund.

Originally published by The Guardian on 5 April 2018. The information referred to may change from the date of publication and care should be taken when relying on such information.