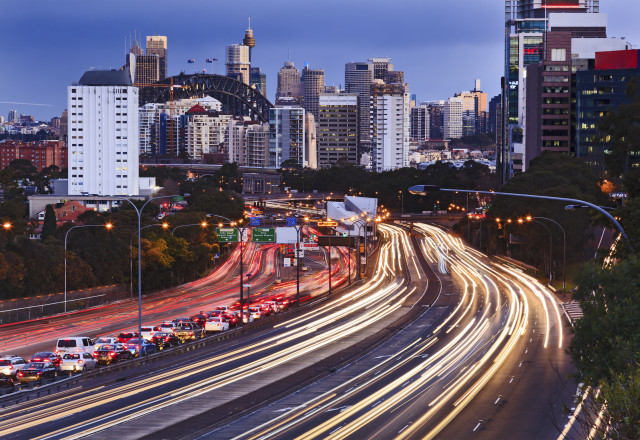 The causes of Australia’s current economic malaise can be diagnosed as too little structural reform, not enough patient investment in high quality infrastructure, too much speculation on financial assets and real estate and too much reliance on ongoing monetary stimulus. The economic drift played out dramatically this week, with Tony Abbott unseated as PM and Malcolm Turnbull taking over with a promise of stronger economic leadership. Will it be enough to cure the shallow, short-term thinking that has taken hold and restore investor confidence?

Both in Australia and the developed economies, the desire to paper over the cracks of structural economic problems with short-term fixes appears to have locked in a low growth, low yield environment during 2015 which also endangers the future.

Overseas, part of the blame for lower growth is due to lower spending on high quality public infrastructure as governments and private business pay down debt after providing massive fiscal stimulus in response to the GFC. Sustained and significant quantitative easing by monetary authorities at the long end of the yield curve has reduced the reward for patient investment in real business activity, invention and old fashioned hard work. Instead it’s produced significant asset price inflation, reducing asset yields and focusing investors on a short time horizon.

Deutsche Bank has revealed the extent of asset price inflation by looking at the prices of equities, bonds and residential property in 15 countries as far back as 1800,  concluding that the average valuation of the three asset classes is above 2007 levels and are now close to an all-time high.

Ironically, this exuberance has not spilled over into ‘real’ physical investment where there is a dearth of productive investment opportunities at the same time the global cost of funds is at its lowest in a generation. This is a missed opportunity to re-charge economically as the productive stock of public infrastructure is crumbling in many developed economies. There just does not seem to be enough prospective growth in long term incomes to give business the confidence to invest for the medium term.

In Australia, another strain of short-termism, induced through low global interest rates, has manifested in at least three ways.

It has incentivised tax-leveraged speculation via purchases of existing physical assets and blue ribbon financial assets chasing either short-term capital gains or yield, over patient CAPEX. This is rife where investors are driven by quarterly reporting targets or apply investment hurdle rates based on historical averages.

Short-termism has precipitated precautionary saving and forced target saving (especially among potential and existing retirees) who squirrel more away to offset the impact of lower rates of return on assets.

It has underpinned uncertainty and risk aversion, depressing consumer and business confidence – some policies are just incomprehensible to business and households and so dampen animal spirits.

Further evidence of short-termism, as recent reports in this newspaper have highlighted, are that many Australian corporates are now following the international practice of sending higher dividends back to shareholders, rather than undertake new CAPEX, even borrowing to do so.

What can policy do to help forestall our domestic slowdown and inoculate us from overseas instability?

The federal government should use the Tax Review process to better target the concessional tax treatment of superannuation and capital gains which fuel asset speculation. If it does prove necessary to fire the fiscal cannon, the use of high-quality public infrastructure projects and base-broadening taxation policy reform measures to restore the balance between earning, spending and investment would be the best bet to grow jobs with no policy regrets.

Targeting 10 or so major infrastructure projects (one or two for each state and territory) may prove a timely booster. Subject to a rigorous cost benefit study, it would be prudent to have these on the drawing board with approvals ready to go as soon as possible.

Reducing the risk of further decline in our growth prospects from this point will depend on clear-sighted economic leadership from Canberra and the states, some good luck with global financial market stability and a soft landing for China.  Let’s hope a long term, bi-partisan agenda can now emerge as we put this week’s political ructions behind us and settle in for a long haul back to full economic health.

This first appeared in the Australian Financial Review on Monday the 21st of September 2015.