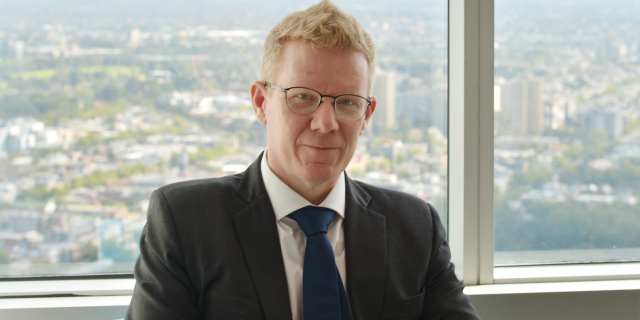 Industry Super Australia (ISA) Chair Hon. Peter Collins AM QC today announced that ISA Chief Executive David Whiteley would leave the organisation he has led for the last 12 years, in order to take up a new global position with IFM Investors.

Mr. Collins said that David Whiteley had turned ISA into the most effective advocate in financial services in the country.

“Under David’s stewardship, ISA has developed into what is indisputably the best policy, lobbying and campaign organisation in our industry, perhaps the best in any industry.

“His leadership and unrelenting focus on good public policy has made life better for millions of Australians.

"ISA led the public campaign to clean up the financial advice industry and provided the policy grunt for what would become the Future of Financial Advice (FoFA) laws.  ISA then stopped these laws being watered down by the incoming Abbott Government, in the face of relentless lobbying by the banks.

“ISA led the campaign to retain the Low Income Super Contribution (LISC) while David and his team successfully saw off attempts to diminish the governance of industry super funds and make them more like banks.

“On behalf of the board and ultimately on behalf of our six million members, I thank David for his unswerving focus on evidence based public policy and for his incredible leadership."

Mr. Whiteley is expected to take up his new position in September.

The opinions above are those of the author in their capacity as spokesperson for Industry Super Australia (ISA). ISA, the authors and all other persons involved in the preparation of this information are thereby not giving legal, financial or professional advice for individual persons or organisations. Consider your own objectives, financial situation and needs before making a decision about superannuation because they are not taken into account in this information. You should consider the Product Disclosure Statement available from individual funds before making an investment decision.