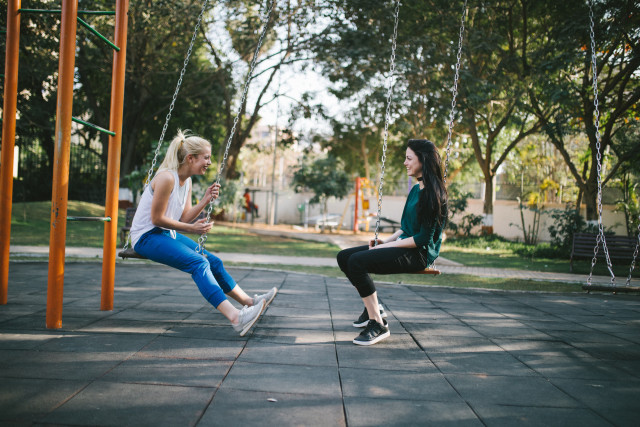 Despite almost 30 years of compulsory contributions, women are still retiring with 40 per cent less superannuation than men.

In September, Labor took the first concrete steps towards narrowing the gender gap.

It announced a pre-election package that notably includes paying superannuation on government paid parental leave and to people earning less than $450 per month.

The $409 million announcement, whilst modest, is welcome.

The policies are not a panacea, but they reflect two key factors.

First, women are still providing the lion’s share of care to children, ageing parents and grandkids in a system unforgiving of broken work patterns.

Tax data clearly shows that the superannuation gap emerges when children arrive, at around age 35, and steadily widens to retirement.

Even on a good salary, catching up on contributions and compound earnings lost while out of the workforce is difficult.

Applied together, they could give a mum-of-three on a median wage an extra six per cent or $30,650 in super at retirement in real terms.

And, if a dad was to take time out to look after the baby, and transition part time back into the workforce, he too would benefit from these proposals.

More generally, the policies are a positive response to the fundamental shift in the way we work.

In the eight years from 2007 to 2015, the proportion of Australians with multiple jobs trebled from six to over 18 per cent.

Currently, someone working three jobs, paying, say, $440 each, would depend on the generosity of his or her employer for superannuation.

Removing the threshold would ensure that everyone over age 18 who earns a wage has equal entitlement.

Age pension access is already tightening. As the second pillar of our retirement income system, policy makers must ensure superannuation is fair and fit for purpose.

The Opposition’s announcement is a positive start.

Aligning the Low Income Superannuation Tax Offset with scheduled SG rate and tax threshold increases; and a tightly-targeted low-balance account top up, are other policies worth considering.