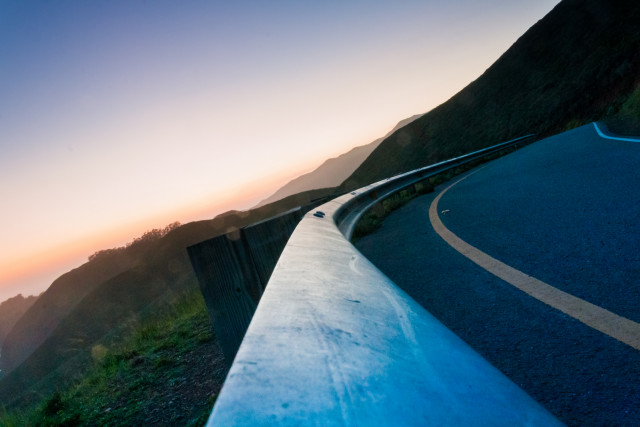 There is an old German proverb which says “Den Bock zum Gärtner machen” – don’t let a billy goat loose in the vegetable garden. The 2017-18 Budget - wringing with lost opportunity and weighed down by political opportunism – reminded me of this.

In the past six Budgets the Australian people have been subjected to the practice of far-off projections promising a return to budget surplus. Sadly these forecasts have always been disappointed. Indeed the Commonwealth’s fiscal track record since the advent of the Global Financial Crisis (GFC) has not been too flash. So far it has accumulated additional net debt worth $344 billion dollars and the “better times ahead” Budget 2017‑18 is projecting $83 billion in cumulative deficits, including a small surplus by the end of the forward estimates period in 2020-21.  This is over a period which included continuous economic growth, record terms of trade, the mining boom and a housing boom.

On Budget Night, Treasurer Morrison pivoted from deficit busting achieved through spending cuts, to a higher tax strategy (raising the Medicare levy and imposing the new bank levy) and by projecting rosy growth rates.  He has assumed surging growth in tax receipts (from households and businesses) averaging 7 per cent over the outlook.  He has assumed welfare payments to households will grow below 2 per cent in nominal terms over the same period.  This is against a grim reality of widespread industrial dislocation, unprecedented household debt, falling real household consumption, absent business investment, and declining productivity growth rates after more than a decade of policy reform paralysis.

It seems the 2017-18 Budget expects a return to the boom mid-2000s growth era of high trend employment, wages and profits. If the budget outlook is “adjusted” for slightly more realistic receipts and payment growth, the cash deficit in 2020‑21 is closer to $36 billion or just below 2 per cent of GDP.  This is probably a ‘best-case’ scenario too because our numbers do not allow for population ageing, the bedding down of the NDIS, cost blow-outs associated with defence industry builds like Future Submarine and other longer term spending pressures. Nor do they allow for the $15 billion in annual unfunded company tax cuts by 2026-27.   This implies rising budget deficits over the 2020s and beyond. This for an economy which already has the second highest level of household debt in the OECD.

So there is no recognition in Budget 2017-18 of the prolonged chill of post-GFC global fallout of low growth and low yield in developed economies, termed “secular stagnation”’ by economist Larry Summers. This has helped to choke off productive business investment in plant and physical infrastructure in major economies. After all the ‘pre-game’ bluster about infrastructure, the Budget included miniscule new outlays on public infrastructure. It also incorporated some new ‘below the line’ spending via equity investments following the NBN model. Unfortunately only one of these is really a high priority project, the Western Sydney Airport build.  The others, Snowy 2.0 and Inland Rail, look less promising under current policy settings.

Nor did Budget 2017-18 make allowance for the external vulnerabilities of the Australian economy. There is still a massive ‘made in China’ boom built into the budget numbers via the level of the terms of trade. Maybe the terms of trade will not decline significantly in the near term, but this is doubtful. There are real concerns over the prospect of a major China slowdown after the 19th National Congress of the Communist Party of China this November on the back of official warnings over the nation’s bad debt levels. Perhaps it would be prudent for the Budget papers to reflect this.

Meanwhile, many advanced economies, especially in Europe and Japan, continue to resort to using quantitative easing and now negative interest rates to paper over their own domestic structural imbalances. Their delayed ‘moment of truth’ will no doubt come at the most inopportune moment over the next few years.  But that does not mean we should also play the policy cheats’ favorite game ‘extend and pretend’ and avoid structural reform. My fellow Australians, we have joined the ranks of developed economy pretenders. Then there are significant risks associated with Trump-economics, whatever that is.

It really is time for Australian governments and the broader community to wake up and smell the coffee. Certainly the Commonwealth government must take the lead in targeting the highest priority economic reforms or the price could be thousands of jobs. For example, in terms of energy policy, Australia was only a decade ago the lowest cost electricity generator in the world and now we are 27th. South Australia went dark three time last summer. Is anyone in this country serious about maintaining heavy industry and advanced manufacturing? There are 40,000 car and related workers about to lose their jobs in South Australia and Victoria when large scale vehicle assembly ceases in October.  How many more jobs do we have to lose before policy reforms swings into action?

It is unfortunate that Treasurer Morrison has jettisoned the high road of reform with his second Budget.