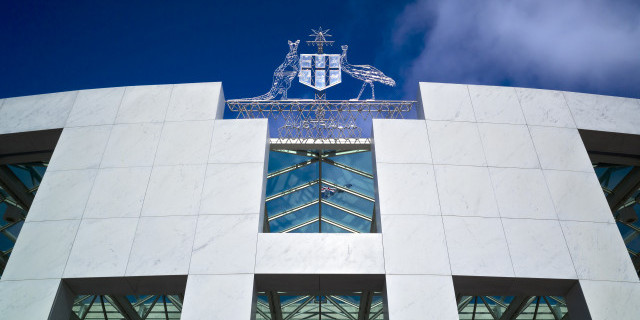 Horror statement to take out trash for next budget

MYEFO 2015-16 may send shivers down the spines of politician, bureaucrats and credit ratings agencies. Alas the Australian Government’s fiscal prospects are not looking too rosy for the next five to ten years.

The MYEFO will contain parameter downgrades (especially commodity prices and real GDP) that are likely to wipe around $25 billion off the budget estimates by the end of 2018-19.  Combining these with up to $7 billion in annual savings measures stalled in the Senate the Government could jettison, and the bottom line is likely to be over $30 billion worse off in four years’ time.

Starting from the Budget 2015-16 deficit estimate of $7 billion for 2018‑19 year, the cash deficit right is now likely to be closer to $40 billion, implying a net debt could move from $250 billion or 15 per cent of GDP in 2014-15 currently, to something closer to $400 billion or 20 per cent of GDP by 2018-19, with key longer-term spending commitments and spending challenges still to factor on the budget bottom-line.  Fiscal hawks, time to return to base!

And 2016 is shaping up to be a REAL BEAUTY for the economy. Firstly we should discover the true extent of the slowdown in emerging markets, especially China, which we hope can maintain growth in excess of 6 per cent.  If not, Australia will feel the hit more than any other economy. Second the big slip off the mining investment cliff occurs in 2016, wiping one percentage point off real activity.  A real growth rate in excess of 2 1/4  per cent will be a good outcome. At the same time falling commodity prices are likely to shave a further half percentage point from nominal GDP growth.

Then there is the fundamental stalling of global CAPEX relative to comparable periods of significant monetary policy easing. It has precipitated ‘short-termism’, or a tilt to financial assets, which is seeing business investment siphoned away from productive green field activity, into dividends for shareholders. Meanwhile many households are becoming more cautious with managing their saving and investment choices in this low yield environment.  Many just park excess funds into their mortgage offset balance. Some chase yield or speculate on short-term capital gains, via purchases of blue chip equities or existing dwellings. Often what passes for investment here is just tax minimisation, afforded via the use  of negative gearing, or the transfer of existing business assets into undiversified SMSFs.  At the same time households' risk aversion discourages construction of new produced assets needed to  power future growth and prosperity into the Australian economy.

Approaching Christmas 2015, a major revival of animal spirits, or at least a shot of Red Bull, is needed to get activity moving again.  In this environment Treasurer Scott Morrison’s objective in framing MYEFO 2015-16 must be to do everything reasonable to support household and business confidence, avoiding policy “own goals”, and shelving partisan politics and ideologically-inspired policies.  He will  probably choose the reset option, ‘taking out the trash’, by ditching every failed savings option of the Abbott‑Hockey period, whilst incorporating parameter estimates that undershoot the likely trajectory of the Budget estimates. That way all budget news in 2016 is likely to be positive or beat expectations, at least in advance of the next election.

Then in Budget 2016-17, after extensive consultation, he could aim to promote sustainability and confidence by pursing a revenue neutral and efficiency enhancing tax reform, whilst aiming to curb the growth of public spending. On this topic let’s hope all sides of politics play a responsible fiscal game in advance of the 2016 election.

The Turnball Government has made a promising start in recasting the national reform debate towards innovation and the Treasurer himself is to be congratulated for at least considering the idea of an infrastructure bank, which was supported by the Opposition.

Now higher capital expenditure in infrastructure, R&D and plant and equipment is necessary to restore the Australian economy to the growth fast track. Critically important is the need to channel more funding to Greenfield investment, via policies such as the inverted bid model, as examined by the Productivity Commission.

Financial market participants have a role to play here too by tilting towards unlisted property and infrastructure assets, consistent with a diversified, patient, long-term approach to allocating capital. Both the nation  and investors benefit from the deliberate pursuit of excess returns via long term, strategic, deep investment in the Australian economy.  However, if anything, the Australian financial system has become less efficient at this ‘core’ business over the last twenty years and has been captured by traders and speculators.

One hope is that MYEFO will help to continue national dialogue on how the Turnball Government intends to rebuild the foundations of solid growth,  based on infrastructure, entrepreneurship and innovation, all of which require a patient, long-term perspective.  Certainly far-sighted collaboration is needed that extends to all business endeavors, from leading edge technological disruptors to the local fish and chip shop and to super funds dedicated to the national good.

This was published in The Australian Financial Review.