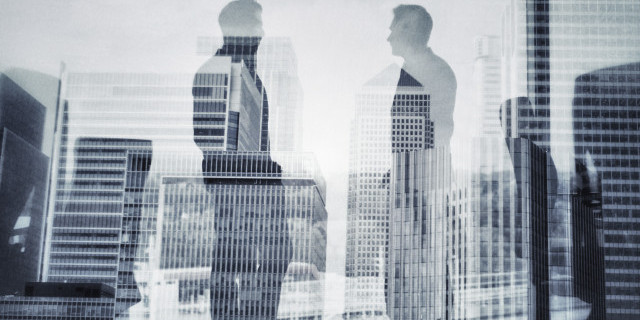 If big banks have their way, people will have less super

Australians beware: with a tough federal budget around the corner, where seemingly everyone will be expected to make sacrifices and tighten their belts, there is one notable exception – the big banks.

Not content with a near 80 per cent market share in banking, they are relentlessly lobbying to water down protections for consumers seeking financial advice, and looking to find new ways to push bank-owned superannuation products in the workplace. Both moves are designed to give the big banks the sort of leg up that they really don’t need and risk leaving us all worse off.

To achieve their goals, there are two key changes the banks are pursuing: with financial advice laws they want the government to legislate loopholes in consumer protections; and with superannuation they want to destroy safety net protections that apply a quality filter for workplace default funds.

Default super funds come into play for the 80 per cent of workers who don’t actively choose a super fund and simply accept the default fund that operates in their workplace. To date the default fund has usually been a low-cost industry super fund that has a history of strong performance and delivers all profits back to members. The banks want to remove any merit-based quality filter to be an eligible default fund, use their muscle to have businesses use the bank-owned super fund, and then cross-sell other financial products.

Not content with whopping market domination in banking, the banks are determined to find ways to obtain similar dominance in superannuation. Many would question whether such an outcome is in the interests of consumers, the economy and future taxpayers.

?It should not surprise anyone that on average bank-owned super funds have been poor performers. Analysis of official APRA data from 1996 to 2013 shows they delivered on average between 1.7 and 2.5 per cent less per year than other types of super funds. Long-term underperformance in investment returns could add up to tens of thousands of dollars less at retirement.

With dramatically less at retirement, people need to rely more on the age pension. So less super equals higher pension outlays, to be paid by future taxpayers. All this at the same time the government says we can’t afford the present age pension.

?Despite their history of poor average super returns over the past 17 years, the banks have more than a quarter of the entire superannuation market. With such poor average returns, how have they been able to do it? Mainly it’s because they have paid financial advisers to recommend their products.

The Future of Financial Advice laws sought to stop that but now the big banks are seeking to dilute the reforms. The FoFA reforms came in response to scandal after scandal where inappropriate products were sold to consumers.

The expert committees repeatedly pointed to two culprits: commissions and other types of conflicted payments, and the fact that until recently, there was no legal requirement for financial advisers to act in the best interests of their clients.

?FoFA was put in place just last year to fix these loopholes. Of course, big banks don’t like it. Many believe that they want the regulatory framework changed to suit their sales targets rather than safeguard the interests of consumers. Indeed, what the big banks are pushing for is a return to discredited commission selling.

?But the campaign to remove protections for workplace superannuation is even more outrageous. The award safety net provides important protection for the 80 per cent of Australians who don’t actively choose a super fund.

In the future, if a super fund wants to be a default fund, it is going to have to be approved by an expert panel at the Fair Work Commission. Only the best super funds should make the grade.

But rather than compete on merit, the banks have decided to try to shut down the process through the Federal Court. It is a tactic which John Brogden, chief executive of the Financial Services Council representing the bank-owned super funds, has admitted is to ”damage the credibility of the process”. Now the bank-owned funds are lobbying to have the government pass laws to remove the quality filter applied by the Fair Work Commission altogether.

Some of the bank representatives have let the cat out of the bag about the tactics they will then pursue. They will use their bargaining power with their business customers to pressure them to use the bank-owned super fund and transfer unsuspecting employees into it. On past performance, and without a quality filter, this could leave those employees significantly worse off with their super savings.

Giving in to the banks on financial advice changes and default funds will help them build market share in superannuation and boost their already massive profits, but it will stifle competition for good value super products. And that is something none of us can afford.

First published in the Sydney Morning Herald, 12 May 2014.

The Hon Greg Combet AM
Chair