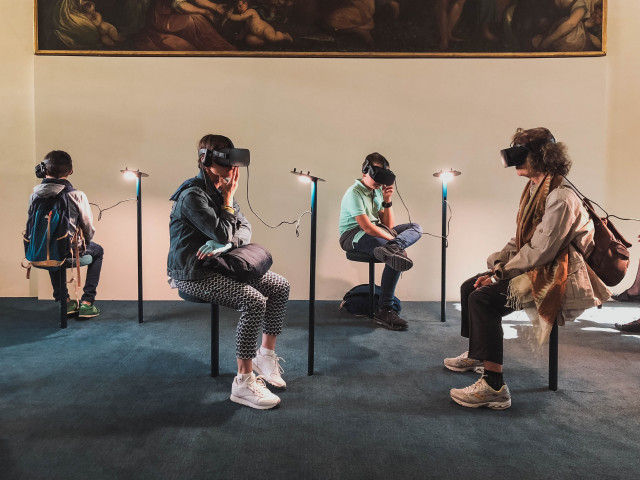 Cast your mind to 2070. The future is a weird, wonderful place.

What we talk about when we talk about “retirement”—withdrawing from work, living off a pension, doing everything we’ve always wanted to do—is not, as it turns out, a very old concept. The elderly have been ditching their jobs since at least the 1700s, when life expectancy was finally high enough to justify them doing so, but it wasn’t until 1889 that Germany became the first country to introduce retirement benefits. Some twenty years later, Australia followed suit.

Even within the relatively short time since, though, things have changed significantly. The first Australians to be promised the aged care pension in the early 20th century rarely lived long enough to claim it, given that the “retirement age” was set at 65 and the average person’s life expectancy was 60. The baby boomers, meanwhile, became the biggest generation in the workforce, and are now reaping the benefits of their lifelong employment, investments, and welfare. It’s unlikely that most millennials will come to enjoy the same benefits—up to a third of us could be living in rental properties for the rest of our lives—but then, on the other hand, we will have had the privilege of superannuation our whole working lives.

Superannuation is meant to supplement the public age pension, so people have a higher income when retired. But what will retirement look like in fifty years’ time? And how will the flow-on effects from today manifest themselves in the future? Change is constant, but it’s currently happening at an unprecedented rate. So we asked some experts for their forecasts on what life will be like for millennials retiring in the year 2070. These are their predictions.

The retirement industry is ripe for disruption. Today’s baby boomers will routinely live to 100, their children to 120, and their grandchildren to 150, while earning income into their 90’s. So how will this change the mindset and needs of an ageing population?

For starters, our cultural concept of “ageing” is no longer one of people who are frail and reliant, but instead active and independent. Millennials will live longer, healthier lives, avoiding many of today’s devastating illnesses. Technology is emerging that will allow us to remain physically independent, yet digitally monitored, with personal assistant and aged-care robots slowly marching over the horizon to serve as companions, assistants, and carers.

Big Data, the Internet of Things, and Artificial Intelligence will give these robots—and our human medical providers—real-time insights into our health and physical requirements, while predicting concerns and interventions that may become necessary. We will no longer wait for our body to break down before seeking medical help; instead, we’ll know in advance of health issues that are beginning to arise and be able to intervene early.

Our physical homes will also soon be able to digitally adapt and morph to offer hyper-personalised environments: replicating past experiences and places to soothe and comfort us. In all of this ambient technology, however, we must not lose sight of the human who is coping with and responding to the ageing process.

We will be the richest generation in history

My firm belief is that millennials will be the richest generation in history, outpacing even the baby boomers. This won't mean every millennial of course—generations are generalisations, and there are plenty of boomers retiring into poverty. But the average 20 to 35-year-old today will retire with more money in real terms, as well as a higher quality of life, than any generation that has preceded them.

In the coming decade, the millennials of the 2000s and 2010s will assert their superior numbers just as the boomers did in the 1980s when they created the "Greed is Good" mentality that now defines them. We will also see the largest wealth transfer since Europe in the 1300s, as retiring and dying boomers begin to sell or leave assets to their children. Technological advancements and progressive social changes mean millennials are also better placed to find career, investment, and entrepreneurial opportunities that weren't available to those born previously.

The single factor most blamed for impoverished millennials is affordable housing—but the factors driving up prices in dense geographic cities like Sydney, Auckland, and San Francisco need not apply in ten years time, let alone over a 40 to 50-year retirement-planning vista. Compelling factors like remote work technology and autonomous cars—turning the commute into productive time, making it easier to live further out, and creating land for more mid-to-high density housing—must also be accounted for.

We will live in sustainable, communal homes rather than owning property of our own

Just as today’s retirees have more freedom in choosing their retirement than their parents and grandparents did, so will the retirees of the future. And with increasing longevity, activity, and an emphasis on health, there will be changes in how and where people choose to live in retirement.

Large retirement villages will probably be less popular, with millennials wanting to be a part of the wider community. It’s likely that there will be more “vertical retirement living” (high rise) with not just retirees living there, but a mix of age groups. These vertical villages are likely to be greener in terms of plants and the environment, and sustainability will be an important feature.

Elsewhere there may be smaller dwellings and co-housing developments, where for example there are shared kitchens and more opportunity for social engagement with the wider community. Given that millennials are settling down later in life, it’s likely that they won’t own their own homes. They will rent rather than buy, and co-house rather than live alone.

The best places to retire will be those that are environmentally friendly, with good services and facilities. But some people may embrace living in several areas, by buying their ‘wheel estate’ (mobile home or caravan) and moving around until they can no longer travel. With increased longevity, millennials will also probably work longer than is the case today—but they may need to, in order to fund their lifestyles.

We will merge with machines, overcome ageing, and evolve to work harder—but not everyone will reap the benefits

Quite frankly, by 2070, the concept of retirement simply won’t exist as it does today. The technological and medical advances that will arrive in the coming 50 years will render most diseases both detectable and curable. The problems we currently see with ageing will be overcome—not through miracle medicine, but via digital augmentation with things like 3D printing, Crispr (gene-editing), and nano-technology. We’ll 3D print and grow replacement organs for ourselves; Crispr will be able to be used to change our bodies and prevent disease. Nano-technology (tiny robots smaller than blood cells) will be able to be sent into our bodies to fix illness at the molecular level. Our well-being in 50 years will be so far from where we are now that there will be few people who aren’t engaged in full-time economic or civic projects.

The screen will become a distant memory, and we’ll connect directly with others via augmented neural technology inserted into our brains: brain-to-brain messaging, if you will. Older people will thus have constant contact with their kids, who will be able to check up on their parents as they age with a live feed of their health metrics.

Soon we’ll figure out a way for the technology to enter our bodies, which will turn us into cyborgs. We’ll be able to run faster, be stronger, work harder, and move for longer periods. The trend isn’t us versus the robots; it’s us evolving into them. It could well cause a split in our species, akin to the chimpanzees who chose to leave the trees and cross the savanna, and we may end up with a two-breed reality of Neo-Humans and Sapien-Luddites.

Just like every revolution though, the ones with all the advantages will be those with access to greater financial resources so they can “upgrade themselves.” I expect those who upgrade will have a higher standard of living as they age, and it will become a large physical and even social split in our species. It may even become the biggest issue globally. If wealth disparity isn’t solved, the benefits of the future human will only be something for the billionaire class.

The future will be what we make of it

Today it is clear that the actions—and inactions—of our species shapes the world around us. We are stewards of planet Earth. Regrettably, our stewardship has so far been characterised by mass extinctions, together with a changing climate and surface of the planet. But the die is not yet cast. Anyone trying to predict the future needs to think about not just technological change and environmental change, but also what humans are likely to do. We must always remember that, from this point forward, the arc of history is bent by human efforts.

For the last 40 years, we have seen greed replace virtue as the organising principle of many of our societies, and reductions in freedom. But the pendulum is swinging back. Hopefully it will swing fast enough that the continued integration of humans with technology avoids situations that undermine our freedoms (including digital rights management, mass surveillance, “Service as a Software Substitute”, closed codes, and “back doors”). Only this will preserve our integrity as individuals and as a society.

If we choose a future characterised by freedom, democracy, tolerance, and justice, Australia’s unique superannuation system will help deliver the retirement living standard it was created for. Superannuation can secure a “lifetime wage”, and subsequently, the comforts we seek in our retirement. This means a foundation of security expressed in the little things: like presents for our future grandkids, a fortnightly dinner on the town, and the occasional holiday. All achieved in a sustainable manner. Here's hoping.

However the future is going to turn out, one thing is for certain: superannuation doesn't just affect you when you're retired. That's why it's worth thinking about now.

This article was first published by VICE on 15 May 2019. The information referred to may change from the date of publication and care should be taken when relying on such information. 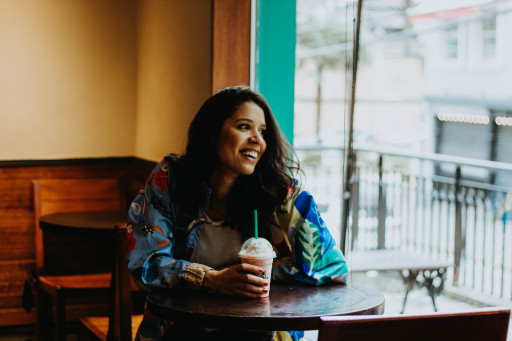 I Lived My Ultimate Retirement Plan for One Eye-Opening Weekend