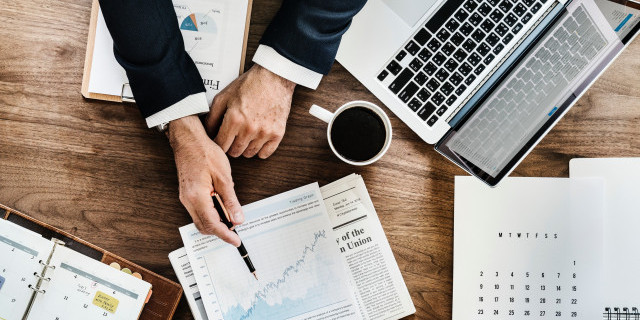 Christopher Joye argues, and we agree, that Australian super funds need to do more to assist Australian businesses to access capital (see yesterday’s AFR column), but the way forward shouldn’t ignore the benefits of portfolio diversification across economic cycles.

Joye observes that much larger historical fund allocations to debt markets and bonds would have raised risk‑adjusted returns of the superannuation system.  With the benefit of hindsight and subject to the period in question perhaps this is true, especially for the poorer performing segments. However for members it is important that returns are resilient in different market conditions which is best delivered by diversified portfolios with exposure to equity, cash and fixed interest, and alternatives across listed and unlisted markets – as most large industry and other not for profit funds do.

In particular this has involved canny exposure to unlisted infrastructure which over the past 25 years has delivered equity like returns but with half the volatility. This has helped enable such funds to achieve superior returns with similar volatility to funds with higher cash and fixed interest holdings. Certainly it is a tougher market now so serious discussion of new opportunities, including in corporate debt is warranted – but there are big challenges.

Joye’s argument may be about thirty eight years too late. Essentially real long term interest rates have been steadily falling in advanced economies since the late 1970s creating a bull market for bonds. This has benefited the risk adjusted returns of portfolios with greater allocations to long term debt and long duration assets. This is especially true since the early 1990s, or the entire period of compulsory superannuation in Australia.

Perhaps the sweet music has stopped now.  Long term interest rates in the US appear to be on a steep incline. So it could actually be quite risky to hold all your superannuation eggs in the debt basket as Joye seems to recommend. You might even achieve significantly lower risk adjusted returns over the longer term following this strategy.

Certainly, industry super funds, which have been lending to Australian businesses for most of the last two decades, should expand this business, provided the rewards are appropriate for this class of risk asset. However, to make such long-term investments, superannuation funds probably need a pay-off that is much closer to an equity return.  Providing cheap long-term debt makes sense if it truly compensates superannuation fund members for risk, lower liquidity and longer tenures.

We believe the really problem in Australian corporate finance today is the fact that it is tougher now than at any time since financial deregulation for smaller Australian businesses to get a bank loan without offering up residential property as collateral.

It seems there is a genuine market failure occurring in Australia in the provision of capital (debt and equity) to small and medium sized enterprises.  This is supported by the latest RBA firm level research, which has quantified this funding gap at around 500 basis points, controlling for all other factors including risk.

Historically, banks have used superior credit ratings to raise funds offshore and then lent to domestic firms, dominating this space.  However, in recent time there has been renewed interest in direct lending by non-financial corporations (NFCs)

The far bigger direct lenders are actually banks and foreign institutions, which account for approximately 62 per cent and 25 per cent of loans respectively. However, since the GFC banks have been limiting their exposure to commercial debt due to tighter regulations and more restrictive funding ratios imposed under Basel III.

Why do Australian superannuation funds have little exposure to longer term direct credit market, especially when compared with their overseas counterparts?

First, larger Australian non-financial corporations have historically been able to access relatively cheap funding from offshore, for example the United States, just not in AUD. At the same time Australia’s major banks have historically taken care of the business banking needs of SMEs.

Second, most domestic funds are classified as defined contribution rather than defined benefit schemes; the latter view a substantial allocation towards corporate credit much more favourably given the more predictable nature of their future liabilities and their desire to match portfolio assets and liabilities.

Whereas, defined contribution funds are tilting portfolios towards growth assets, which makes sense where a funds’ membership is still in accumulation phase with steady positive inflows. This makes direct lending assets relatively less attractive on a risk adjusted basis.

Third, superannuation funds have to manage individual investment options discretely whereas banks which dominate corporate lending can cross subsidise this activity via other cross selling opportunities.

However, Superannuation funds might consider working with banks (and possibly others) to do the fundamentals analysis, leveraging banks' extensive experience in this field.  Funds could outsource credit ‘assessment’ activities to banks or non-banks and specialist investment managers acting on their behalf or investing in other structures (such as RMBS or ABS securitisation) that provide them with exposure to the small business sector. They might also consider letting banks play a greater role in establishing the bona fides for private equity provision.

Interestingly, those calling for greater superannuation fund market participation are not small or medium sized enterprises.  They are large corporates that expect long-term money to be available at rates not much higher than shorter term commitments.  This is a doubtful proposition from a risk and reward point of view. Whether this is in the best interest of super fund members from a fiduciary perspective, is questionable.

Ultimately, the capacity of the Australian default superannuation system to support enhanced business lending relies on the growth of contributions from millions of Australian workers.  Businesses must be mindful to take steps to support the system which generates a virtuous cycle of member benefits and broader economy wide economic dividends.