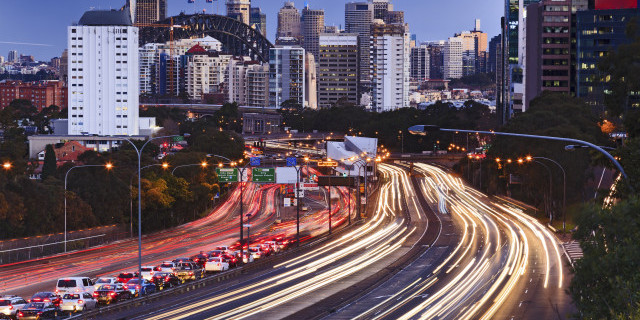 Super must lead the way in infrastructure investment

Over the past 20 years, during Australia’s much-heralded period of uninterrupted economic growth, one industry has outpaced all others: finance.

Since 1992, finance has grown faster than every other sector, including mining and IT. Today it is larger than both manufacturing and agriculture.

The remarkably strong growth of the finance sector can be seen in the ABS’s “value-added” benchmark, which measures the combined wages and profits of an industry. It shows the sector continued to grow robustly even during downturns and periods of reduced demand for investment.

Yet behind this period of stellar expansion, new research by Industry Super Australia has revealed a decline in the efficiency of Australia’s finance sector at one of its core functions: transforming savings into investment in the real economy.

The study found that the financial system has become half as efficient today as it was 20 years ago at this critical function.

Whereas in 1990 Australia paid the finance system $276 to generate $1000 of capital investment, by 2012 it cost $631 to generate the same $1000. The causes for this declining efficiency include the growth in the sector in areas remote from capital formation such as wealth management, secondary trading and growth in bank profits.

With the tapering off of the mining investment boom and the first of the baby-boomers retiring, signalling the commencement of Australia’s demographic challenges, our economy desperately needs its financial system to fire on all cylinders.

With fewer workers per retiree, our economy will need to focus on being effective in capital-intensive areas, allocating Australia’s pool of savings into investments that promote sustainable growth, good jobs and shared prosperity.

If we don’t, the alternatives are unpalatable, to say the least.

Separate reports by the Productivity Commission and the Grattan Institute have recently recommended increasing the minimum retirement age to 70.

Other ways of dealing with our changing demographics include dramatically raising taxes or simply accepting lower standards of living.

With such alternatives, it is clear how urgent it is for our finance sector to start lifting its game. Until now, its underperformance has been somewhat masked because Australia has higher than average levels of investment relative to the size of its economy.

However, more than 40 per cent of this investment has been funded by retained earnings of companies rather than through the finance system.

Post-boom, we cannot rely on this to continue.

Happily, 2014 offers hope for new approaches, in the form of the financial system inquiry chaired by David Murray.

One option the inquiry’s panel will be considering is how best to use Australia’s superannuation savings to turbo-charge the economy. With superannuation assets predicted to exceed bank financial assets by 2036, super could be a second pillar, alongside the banks, providing a competing source of funding and reducing systemic risk.

Super assets can provide a patient source of funding for a range of investments in the real productive capacity of Australia.

The long-term focus of super makes it an ideal choice for the funding of direct and unlisted investments in assets as diverse as energy, water, ports, roads, airports and property, as well as social infrastructure such as aged care, hospitals and schools.

In this way super can be a leading force in moving Australia out of its mining boom into a new infrastructure era.

Better utilising one of Australia’s greatest assets, its pool of savings, to invest in the real economy could boost growth at just the moment we need it.