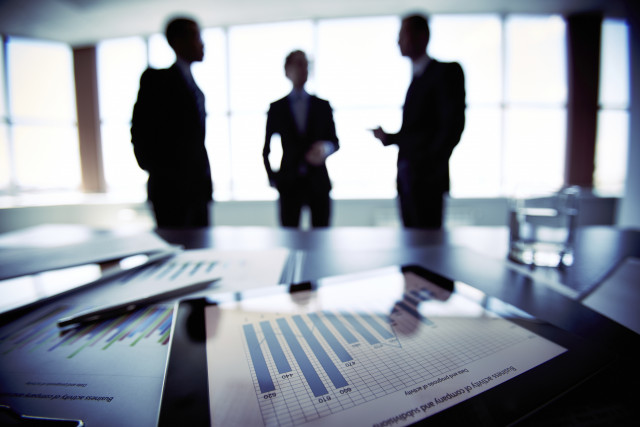 The link between super fund governance and strong economic growth

The lack of a long term investment horizon is a key driver of low investment returns and low growth in the Australian economy today – and that outcome is likely to be exacerbated by the government’s recent proposal to impose the banks’ governance model on not-for-profit funds like industry super funds.

The proposed changes would remove the existing requirement for equal representation of members and employers on not-for-profit super boards, removing their voices - irrevocably changing the structure and culture and leaving them governed more like retail funds.

While culture can be intangible, the benefits to members of industry super funds in the form of better returns have been tangible over many years. Even less tangible, but very real, is the benefit to the economy of these funds’ philosophy of pursuing deep, long term investment over shallow, less productive short-termism.

Just as the government’s changes could result in lower returns to members, they could also contribute potentially to a slower rate of GDP growth at a time when the Reserve Bank Governor says trend growth is already negatively impacted by slowing the rates of investment in the real economy.

Industry super funds perform better than retail funds, in-part as they are not-for-profit, which means a profit margin is not subtracted from the returns to service the equity capital provided by shareholders. But that’s only part of the story. A key reason industry super funds outperform their competitors is that they own and develop infrastructure and other unlisted assets, consistent with a diversified, patient, long-term approach to allocating capital.

A patient, hands-on investment model may not be the lowest cost approach, but evidence demonstrates that it generates higher net return through time. As Chant West has observed:

“Over the longer term, the asset allocation policies of industry funds have served them very well. Those allocations to unlisted assets do mean slightly higher investment costs, but those extra costs have been more than justified by the better performance and lower volatility”.

“Sadly, however, the introduction of MySuper, with its emphasis on low costs, has undone a lot of this good work. Most retail funds have structured their MySuper default options with a higher component of passive management and lower exposure to alternatives. That’s all in the interests of reducing fees, but we believe it will also have the effect of reducing returns, and so will prove detrimental to their members in the long run.”

While it is crystal clear in Australia, research in other jurisdictions has also found that the governance of a super fund seems to influence its asset allocation, and that representative boards - acting as direct representatives of employees and employers – take a different approach.

Bank of England Chief Economist Andrew Haldane has flagged endemic problems with the behavior of the for-profit finance sector, which is relevant to the current governance debate in Australia. A business model that prioritises short term investment returns over business investment is starving future growth prospects.

Among his conclusions, Haldane observes;

“There are other models of corporate governance around the world, which share the spoils somewhat more equally between a wider set of not just shareholders, but stakeholders in a firm.”

“One of the reasons – the main reason really – why..(global).. growth has been subpar is that business have not been investing sufficiently. The profits that businesses are earning are being used not so much to finance investment, but for dividend payments to investors and indeed the buying back of shares from shareholders.”

Haldane says this is because of short-termism in the finance sector. While many investors talk about their long term horizons – the average share is held by the average shareholder for around six months as opposed to six years a generation ago.

This same point has been made in different way by Andrew Charlton in a recent report released by Alpha Beta. He says the long term prospects of Australian businesses are being denuded of value by a dividend-obsessed superannuation culture and over-cautious business culture. He has argued that without a fresh wave of corporate investment Australian companies will spiral into a ‘self fulfilling doom loop’ where weak investment leads to lower growth which will further discourages investment.

According to this research, rather than using spare cash to invest in future growth, launch new products or expand into new markets, top ASX companies are passively handing back to shareholders 63 cents in every dollar of earnings, up from 40 cents a decade ago. Short term gain at a cost of long term pain.

The longer-term focus of super funds with equal representation governance is needed now more than ever as growth projections fall.

The Governor of the Reserve Bank has called for trend growth rates for the Australian economy to be revised downwards and that:

“If there are assumptions about absolute growth rates embedded in business or fiscal strategies, or retirement income plans, they would need to be re-examined.”

We need policy makers, employees and employers to work together to build the foundations of solid growth. To this end the Governor of the Reserve Bank has recently added his authority suggesting that public policy and private business need to refocus on a longer term agenda focused upon infrastructure, entrepreneurship and innovation, all of which require a long-term perspective.

“I would suggest that the case for ‘reform’ needs to be presented as a positive narrative for economic growth. We all know that competitive markets, investment in education, skills and infrastructure, and adaptability, are key parts of that growth narrative. These reforms matter because of the gains to incomes resulting from better allocative efficiency. But they also, ideally, would support entrepreneurship and innovation – ‘risk-taking’ by another name and of the kind we want.” – Glenn Stevens.

Certainly a microeconomic reform agenda intended to raise the trend growth rate of the Australian economy over time would not include the proposed governance changes. The proposed changes are more likely to lead to weaker growth by discouraging investment in the real economy over time. This will be particularly apparent over the next two decades or so, as the pool of assets invested in the superannuation sector expands relative to the size of the economy, with the funds invested in industry super expected to exceed those in the retail funds.