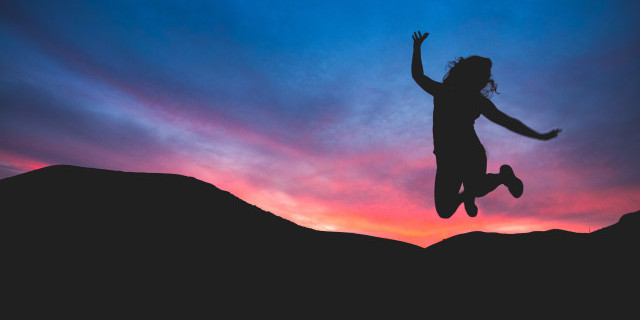 There is a better path to a more productive Australia

There is a better path to a more productive Australia

The Australian economy is stuck in a downward spiral of falling competitiveness and lower productivity, in part because most Australian governments have not achieved a major microeconomic reform since Humphrey B. Bear last attended the Logies.

Significantly the IMF, RBA and the Treasury are now highlighting the striking implications of declining trend rates for growth and living standards. Australia's medium- and long-term fiscal strategy is predicated on productivity growth of 1.6 per cent from 2019-20 But the post-2012 trend is closer to 1 per cent. The size of the shortfall means there is no longer a secret sauce, as there was in more reform-minded eras, to fuel rising per capita living standards nor move the budget back into surplus next decade. However, there are some sensible pathways that government and firms can adopt which would help lift our national efficiency again.

First, tax reform. Distinguished economist Ross Garnaut reminds us of the prevalence of 'economic rents' in Australian economy and the need to replace company taxes and stamp duties with a cash flow tax and land taxes. A cash flow tax allows for the immediate write-off of capital expenditure by business. It forces big foreign tech companies to pay their fair share of tax. It leaves most enterprises non-taxable, whilst providing scope for future company tax cuts. It would also be a huge spur to greenfield investment to build the industries of the future. Abolishing stamp duties frees Australian families to choose a house that better suits their current and future circumstances.

A building boom is still driving the economy but most Australian governments have not achieved a major microeconomic reform since Humphrey B. Bear last attended the Logies..  James Alcock
Second, a supply chain review of each major Australian export commodity would help to target infrastructure and industry policy bottlenecks where they are not already well known. This should include logistics, processing and distribution channels with a view to enhancing domestic value adding. There are some very obvious supply chains within the Australian economy that could and should have been dedicated to high growth markets in commodities (such as wheat, wool, milk and beef). Other nations less inclined to self-flagellation have already fused most of these together under the control of an internationally competitive conglomerate.

Third, on infrastructure, we need to establish a league table or pipeline of high-value projects with clear recommendations as to how they should be funded (by the public or by long-term capital). This is a job for a truly independent agency, a "parliamentary infrastructure office", that can analyse costs and benefits and rank infrastructure projects with measurable economic returns.

Optimally, the pipeline of projects would then be initiated via a public corporation charged with lining up planning approvals, and funding and then tendering out the long-term equity that participants could then in turn contract out construction activities.

Fourth, in terms of work and industrial relations, more enterprises must learn to compete on the basis of truly valuing the hard work and skills of all those who make a contribution to their success. Some do this already. They understand that building stronger business performance requires fairer remuneration for all employees - particularly for those on low pay who have not always shared in the growth of recent decades. This must mean being willing to engage constructively with the organisations that represent workers. Being heard and respected - and paid appropriately - is the only way to fully engage employees in the high-skill, high-productivity workplaces that Australia needs to prosper into the future.

Fifth, in terms of product markets, most of us know how to search out value for money when buying most smaller consumable goods. But experienced professionals may find it difficult to exercise product choice in public utility services like gas, electricity and phone contracts, health and life insurance, superannuation, tertiary training and certain specialised medical care. Many providers offer a bewildering array of complex, confusing and ever-changing products, pricing schemes and/or plans, designed to confuse customers and to prevent easy comparison with competitor options. Here simple default products can be used to drive value for consumers while drying up rents for producers.

For professional services (the law, health etc.) the Harper Review recommendations on flexibility and competition to enable household budgets to stretch further. Part of this requires hard reforms in closed shops such as the pharmacy sectors and medical professions, which would open the delivery of health services to greater innovation, efficiency and reduce the opaque nature of fee setting. Subjecting the grocery retail industry to competition reforms such as strengthening of the Trade Practices Act via an "effects test" may be helpful here.

Sixth, in financial services, there must now be a separation between providing financial advice and manufacture or sale of such products by vertically integrated financial conglomerates. Regarding superannuation, member account consolidation is in train and this will help spur fund consolidation.

Perhaps the best way forward for the superannuation sector, for example, is to go back to the future - in the 1980s the industry consisted of a few very large funds with a number of small and medium sized funds which tilted off these. Such a structure today would encourage innovation (for example, small funds can specialise in niche investments) and therefore more effectively compete for membership dollars. Certainly, a consolidated superannuation sector would be in a better position to design innovative retirement products which pool risks and so deliver value for retirees.

Looking forward, the way to raise trend growth rates is to more systematically embed economic decision-making in long-term productivity-enhancing reform agenda that all Australians can believe in.

This article was originally published in the Australian Financial Review on the 27th February 2019. The article can be found here.