What’s going to help your super recover after early release

COVID-19 took its toll on us all, but young Australians arguably bore the brunt of the economic fallout.

Whether they were just starting out in their careers or employed in part-time hospitality or retail jobs, young Australians were among the first to either lose their wages or have them cut severely.

Research by the Melbourne Institute shows one in three of the 600,000 Australians to lose their jobs in March and April were aged between 18 and 24.

By September, the employment rate of young Australians was just under 60 per cent.

To offset their COVID-related income losses, many turned to the federal government’s early release of superannuation scheme.

So far $35.9 billion has been released from super funds, latest data released by the Australian Prudential Regulation Authority shows.

Analysis by Industry Super Australia (ISA) estimated 395,000 people under 35 had eroded their super balance by July – and that was just in the first wave of the scheme.

The second wave of the scheme ended on December 31, with numbers expected to have increased.

This has raised fears there could be a heavy reliance on the aged pension 40 to 50 years in the future, however an increase in super contributions could remedy that.

Under government legislation, the super guarantee – the amount of super paid by employers to their employees on top of wages – will begin to rise by 0.5 per cent increments from July this year until they reach 12 per cent in 2025.

For Australia’s 20 and 30-somethings, this will make all the difference between a retirement dependent on the meagre pension and a retirement with more of life’s comforts.

The rises in the super guarantee are so incremental that many Australian workers won’t even notice them. But they are sure to know the difference once they retire.

Research by Industry Super Australia shows a 30-year-old worker on an average wage stands to gain more than $85,000 in extra super by the time they decide to retire.

But the benefits won’t just come in retirement.

Rising super contributions will come as a relief now, especially to young workers worried about the impacts of cashing in on their superannuation funds before they ever expected they would.

Find out more about the super guarantee going up.

AssumptionsCertain assumptions can be altered by the user

The assumptions used to estimate the potential impact of changes to the Superannuation Guarantee are, in our opinion, reasonable for the purposes of working out the estimates. The assumptions are based on objective evidence on long-term net returns, fees, relevant economic forecasts and analysis on wages, prices and productivity.

Outcome is based on your contributions being made annually, at the mid-year point, on your fees being deducted annually and your investment returns being credited to your account annually.

This is a Model, not a Prediction

See www.industrysuper.com/assumptions for more details about modelling calculations and assumptions. Consider a fund’s Product Disclosure Statement (PDS) and your personal financial situation, needs or objectives, which are not accounted for in this information, before making an investment decision. This article was first published by The New Daily on11 February 2021. The information referred to may change from the date of publication and care should be taken when relying on such information. Both The New Daily and Industry Super Australia are wholly owned subsidiaries of Industry Super Holdings. 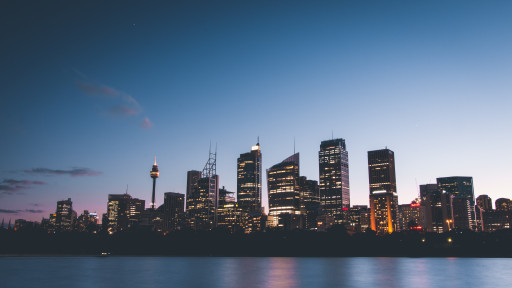 A super change for the better