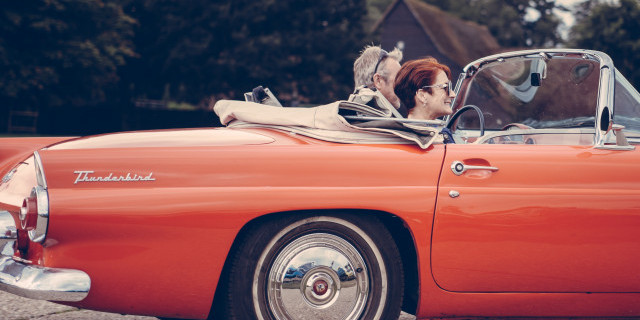 One of the biggest financial decisions you’ll need to make as you approach retirement is how to manage your superannuation savings.

You may be contemplating whether it’s better to withdraw it all as a lump sum, take regular payments through an account-based pension or annuity (also known as creating a retirement income stream), or a combination of both.

Who takes a lump sum and why?

While the prospect of drawing down a juicy lump sum at retirement may seem enticing, the reality is that only about 16 per cent of Australian retirees choose this option. And they tend to be people with only small super balances, with the average lump sum withdrawal coming in at $20,000.

A Productivity Commission research paper says such withdrawals usually represent the totality of the retirees’ savings. A quarter of people who took their superannuation as a lump sum used the funds for what would usually be considered pay off a home, fund home improvements, buy a new home, invest the money elsewhere, roll isensible purposes: to t over into another super scheme or clear existing debts.

If you’ve got a very small super balance, taking a lump sum can make good financial sense – it may be better to clear debts or fund home improvements before embarking on a retirement funded entirely by the relatively modest Age Pension.

But the large majority of Australian superannuation assets are taken as income streams, according to the Productivity Commission paper, and that option is becoming more popular all the time.

In fact, far from being keen to spend their super savings as a wad of fun money, many people take as little as income as the law will allow, instead preferring to keep the bulk of their money invested and earning returns to see them through what may be a long retirement.

Why taking an income stream makes sense for most

“More and more Australians are realising the benefits of getting their super fund to pay them a regular income via an income stream,” David Whiteley, CEO of Industry Super Australia (ISA), says.

“An income stream allows you to start accessing your super while the balance remains invested.”

Most income streams are created through what are called account-based pensions. This means that you set up an account with your super fund, transfer a portion of your super balance to the account, and then your fund pays you a regular sum, pre-determined by you, as an income from that account. It’s like a regular income, but it’s your money and you stay in control.

Meanwhile, the balance of your super remains invested in what’s usually called an accumulation account, just as it did while you were working. Depending on the performance of your super fund, your nest egg could continue to increase in value, even while you’re still receiving a regular income.

As well as there being rules on the minimum amount you must draw down from your account every year, the amount you choose to take as income can impact your Age Pension payment amounts and eligibility, so “speaking with your industry super fund is the first step if you don’t know where to start on retirement planning,” Whiteley said.

Income streams vs money in the bank

Research by SuperRatings, commissioned by ISA, found that having an income stream could result in a higher investment return than withdrawing your super as a lump sum and moving it into a regular savings account or term deposit.

If you retired five years ago with $50,000 in super at the age of 65, you could have opted to draw this as a lump sum, placed it in a term deposit, and arranged to access it as a regular income. Taking an annual income of $12,112 over those five years would mean your balance today would be $44,571.

“No matter how much super you have, industry super funds have flexible solutions to help maximise your income in retirement,” Whiteley said.

Do you have the financial flexibility in retirement that you envisaged?

* Modelled outcomes by SuperRatings show 5 year average net benefit results taking into account historical earnings, fees and drawdown amount of 5% p.a. of the main balanced investment options of 16 Industry SuperFunds’ retirement income products during the first 5 years of retirement. Example assumes the average 5 year Industry SuperFund investment return of 11.66% p.a., starting balance of $50,000, starting age of 65, home is rented, access to the full Age Pension including rent assistance, single, no other assets or income sources available. Modelling as at 30 June 2016. Capital growth will not continue throughout retirement. Past performance is not a reliable indicator of future performance. Outcomes vary between individual funds.  Consider a fund’s Product Disclosure Statement (PDS) and your personal financial situation, needs or objectives, which are not accounted for in this information, before making an investment decision. For more details about the SuperRatings modelling see the Assumptions page.

This article was first published on Starts at 60 in May 2018. The information referred to may change from the date of publication and care should be taken when relying on such information.